Breathalyzers Debate in Schools and Colleges 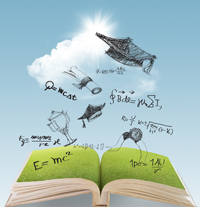 The controversies regarding frequent usage of breathalyzers are continuing to rage in college campuses and high schools across the country. The authorities have broadened their area of operations to include stops outside events like prom and dance nights to prevent underage binge drinking.

Many schools like the Derby high School in Kansas and Charlotte Catholic High School have introduced the breathalyzer as a standard fixture to the games.

Carmel High School on September 14th implemented the policy of allowing students to enter the school’s homecoming football game only after passing through the breathalyzer tests.

Principal John Williams has defended the move by citing increased student safety. Regarding the surge in the usage of breathalyzers, the school administrators reasoned that they were easily available nowadays and not particularly used because the students were consuming more alcohol.

Conflicts arise when police gets involved in school affairs that only target students. American Civil Liberties Union (ACLU) has expressed concerns that police presence during the tests invokes a sense of gravity associated with other serious crimes. The ACLU has also pointed out that adults were not screened before entering the games. Then, comes the legal part of it; if students are indeed acting up from alcohol abuse, do the school authorities have the right to give them a breathalyzer test?

A breathalyzer is a search and so, comes under the Fourth Amendment. This states that there must be probable causes to conduct the search, a warrant or circumstantial evidence must be present and the procedures used for searching must be reasonable. If police are involved, the Supreme Court requires the issue of warrants. However, in schools, the Supreme Court has allowed for "special needs” making the presence of law enforcement officials acceptable during games involving situations where students cause trouble under the influence of alcohol. But, this is not the case where students are subjected to tests where there is no circumstantial evidence as with the dance and prom nights.

Carmel High School has replied that the students will not be arrested for alcohol intake but rather counseled or disciplined and that the current system will continue. This kind of reasoning has echoed across many school boards. They claim that constant screening and monitoring deter students who are otherwise easily led into drinking sessions during school events.

The students’ reactions have mostly been mixed with some saying they are fine as they have nothing to hide while others claim that the school authorities are going overboard.

Another interesting case was that of Samantha Lynne Goudie who was arrested for having a third of her blood content filled with alcohol. She was arrested for trying to rush onto the football field during a game between Northern Illinois and Iowa. Her tweets later on went viral as she boasted of her “accomplishments” and was eventually on the receiving end of severe online criticism.

Some schools like the Geneva High School in Illinois have amended their rules and made them stricter for alcohol-related offences. They have recently modified their 3-day suspension for students who are under the influence during homecoming dance to a severe one year ban from attending any school dances. However, Geneva High School prefers to employ the traditional method of sniffing out the culprits rather than resorting to the breathalyzers.

School authorities might have gone a bit far with this case but increasing alcohol-related incidents require stricter policies. But, the lingering doubt is whether the stringent rules alter students’ perception towards alcohol intake in the first place?